The Movie “Son of Mercy” to be preview by Major Players in the Media. 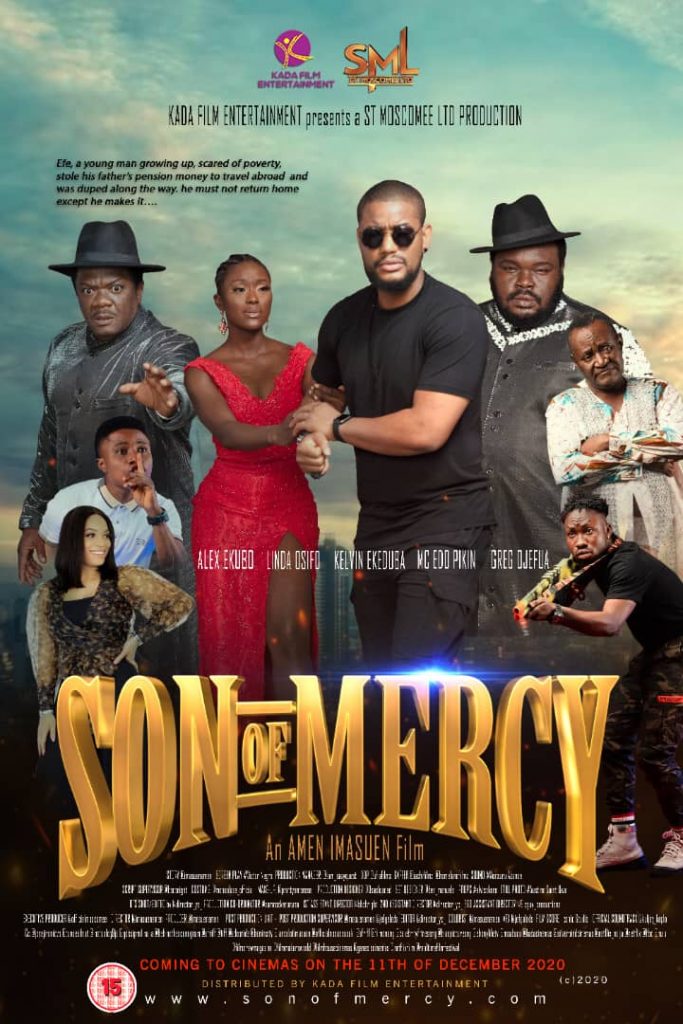 The long-awaited Nollywood movie “SON OF MERCY” sets to hit the cinema in December 2020 after much anticipation. The buzz that followed the forthcoming premiere of the movie explains a lot about the thrills and suspense that the long-awaited movie will entail.

The good book had stated ‘I will have mercy on whom I will have mercy’ but how can you explain Efe, a young man growing up, scared of poverty, stole his father’s pension money to travel abroad and was duped along the way, he must not return home except he makes it. This is not your regular prodigal son story.

Son of Mercy portrays the desperation of the regular African youths who are tired of the usual comfort zone and seek a better life that the economy and polity of the country evidently will not offer.

It’s a must-watch for all youths and parents.

The cast of the movie also captures the direction of the message in the project. The producer MOSCO IMOBHIO ensures the cast for every role reflects the true face and feel of the people’s perception and look. Mosco Imobhio is an International based Entrepreneur, Producer, Founder of Mosco Imobhio Foundation and CEO St.Moscomee LTD

The movie feature Alex Ekubo, Linda Osifo and Kevin Ikeduba and many more. Award-winning cinematographer Amen Imasuen directed the movie and going by the cast and production team, the flick is totally different from the norm as put together by St Moscomee limited Production and Kada film Entertainment.

Come 2nd November 2020 by 11 am all roads shall lead to Kada cinema in Benin City, Edo State, where the movie will be previewed by major players in the media.