Victims Of 2017 Idumuje-Ugboko Mayhem Insist Ifejiokwu, Others Must Face Justice 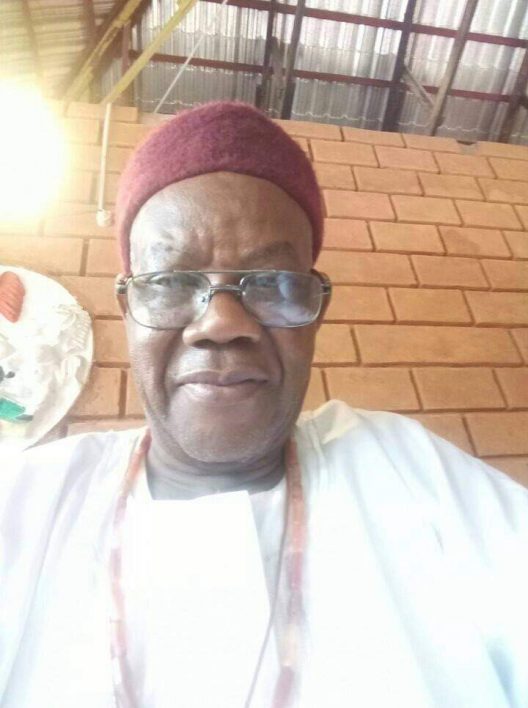 …Exonerate Ned Nwoko Of Any Involvement In The Prosecution Of Offenders

Four years down the line, victims of the crisis that rocked the agrarian community of Idumuje-Ugboko in Aniocha North LGA of Delta State are still insistent on justice.

The crisis so far claimed the lives of two individuals, one innocent okada rider, Cyprian Kuomolu from Benue State and another, the then Idumuje-Ugboko Land Allocation Committee Secretary, Kennedy Iloh.

Ever since the incident on May 24th, 2017, the case had lingered and the police recently concluded their investigation and promptly charged the masterminds for alleged murder.

However, the arrest and subsequent prosecution of one Okey Ifejiokwu as the alleged principal culprit and six others had been generating some sort of mix reactions on the social media. One of the children of Okey Ifejiokwu, Pamela had made a post allegedly accusing Prince Ned Nwoko of being behind his father’s travail, insisting his father was innocent and only being vilified over Ned Nwoko’s STARS University land which had also been in contention.

Although Pamela severally contradicted herself in her various social media claims, the trending issue had been a source of concern within the media space, prompting some select media practitioners who were privy to the crisis in 2017 to carry out an assessment of the situation.

In an interview with the Traditional Prime Minister (Iyase) of Idumuje-Ugboko, Chief Chris Chukwuka Ogwu, he explained the genesis of the matter, which he said began when a group of persons came from Lagos to protest the allocation of land to Prince Ned Nwoko for his proposed University project. The protest was before the passing of Obi Albert Okwudimegwu Nwoko 111, the then traditional ruler of Idumuje-Ugboko who approved the land to Ned Nwoko.

He said after the death of Obi Albert Nwoko in February 2017, opposition to the allocated land continued as championed by the late Obi’s son, Prince Nonso Justin Nwoko. He said Prince Nonso had insisted that the land was not legitimately allocated to Linas International Ltd for the building of the proposed Sports University by Prince Ned Nwoko.

According to him, “The matter became serious and many of us who refused to bend the truth were regularly threatened. I don’t know how to say it, that the late Obi brought a letter announcing to us that Prince Ned Nwoko had requested for 100 hectares of land to build a University in his community and after passing through various processes and was approved by Obi Albert Nwoko himself; I should now be saying a different thing.

“After we read the letter, the Obi asked us to look for land for the project. The late Obi was enthusiastic that if the community had enough land, it would be a thing of joy that in his time he was able to approve it for a project that would grow and develop the economy of the community and earn revenue to the people.

“In a nutshell, we carried out the Obi’s orders and we were able to locate the land at the present site of the proposed University. Part of the land was once a subject of litigation between us and Onicha-Ugbo people, and we pursued the matter even up to the Supreme Court and won eventually. We were able to size up the land and got exactly what our son Ned Nwoko needed for the University and 18 Hole International Golf Course.

“We reported back to Obi Albert Nwoko who approved the allocation but insisted that Ned Nwoko and his company, Linas International would pay compensation to the itinerant farmers who were farming on the land on behalf of the community. Ned Nwoko agreed and made the payment among other commitments to the community. On this note, the Obi signed and promptly approved the allocation of the land to Linas International Ltd.

“That was just the genesis until this group of persons came from Lagos to protest the decision of the Obi and his cabinet members on behalf of the community. And then after the Obi’s passing in February 2017, the community was thrown into anarchy that resulted in the invasion of the community in May 2017 by thugs imported to unleash terror on those not disposed to their antics. They had claimed our Obi never signed the papers allocating the land to Ned Nwoko. I cannot lie at my age and status as the Prime Minister of the community (the number two in hierarchy). Same goes to the Odogwu, Chief Sunday Edemodu and late Mr. Kennedy Nedu Iloh as the Secretary of the Land Allocation Committee.

“They tried all manner of lies; they eventually came out to say that another of our son needed part of the land for palm plantation. I said to them, but another of our son already had it. Besides, what is more sustainable to our economic development than a University project which would last in perpetuity.

“That was our offence. And then on the 23rd and 24th May, 2017, thugs were imported into the community to reign terror and havoc. On that fateful day, a group of boys accosted me, slapped me and forcefully dragged me to the Palace, saying they were acting on the orders of Prince Nonso Nwoko and the President General of Idumuje-Ugboko Development Union, Mr. Okey Ifejiokwu. After beating me, then the next day, it was all catastrophe in Ugboko, we were mercilessly beaten, our houses were raised down and our cars and other properties vandalised. In the process of the crisis, one Cyprian Kuomolu, an okada rider was shot dead while Mr. Kennedy Iloh later died as a result of the injuries inflicted on him.

“I am still alive but I am not looking like a person again. My house was destroyed and my car totally damaged. Same thing was meted out to the Odogwu who also had been partially disfigured and had remained sickly ever since.

“I am surprised that the defendants are now the ones crying out that they are being witch-hunted. Who is witch-hunting who? When we were shouting and crying, trying to defend ourselves, they felt they had violence and made good their threat by unleashing violence on us.

“Okey Ifejiokwu was the ring leader who mobilized thugs to unleash terror on us. He was the President General and he used his powers wrongly. The evidence is there how he sent out letters, calling for donations to procure arms and ammunition to fight Ned Nwoko and those perceived to be protecting his interest.

“If Ned Nwoko had so much power, we wouldn’t have gone to the police. We would have called on him to come to our rescue using his power. What every right thinking Idumuje-Ugboko person is doing right now is asking for justice for us.

“After that act of terror, we reported to the police. We started with our police station here. From there we went to Issele-Uku Divisional Police Headquarters, then to the State Command in Asaba, from there to Zonal Headquarters in Benin and then to Force Headquarters in Abuja. We had all along pursued this case, seeking justice for what they did to us. It is the police that is prosecuting the culprits and not Ned Nwoko. We the victims reported the matter to the police, because the perpetrators of the crime had no authority for terrorism.

“When I saw the post of Okey Ifejiokwu’s daughter, Pamela, I laughed. They said she is 19. What does she know? As at the time of this incident, she would probably be 15. She was a child and didn’t know anything, that is why she probably doesn’t understand the magnitude of his father’s actions then.

“All we are asking is justice. Nobody has a right to take a life. Let justice take its course. And let Nobody call on Ned Nwoko again”, Iyase Chris Ogwu posited.

In a telephone interview with the eldest son of late Mr. Kennedy Iloh – Nelson Iloh, he said life was snuffed out of his father because they had nobody and were poor.

Nelson Iloh said if he had so much power he would have done something drastic. He however, said that he decided to bury his father with his siblings and allow justice to take its course.

“I don’t have anybody, but I am happy with what the police had done so far in this case. All I want to see in the end is justice for my late father, who died from the injuries inflicted on him by his supposed fellow kinsmen and their thugs. My father’s offence was serving his community and standing on the path of truth. Pamela or whatever she calls herself is talking because her father is facing trial now for the evil he did to others. Does she know how it feels to lose one’s dad and hoping for justice for years now?”, Nelson Iloh asked.

In the same vein, the daughter of the Odogwu of Idumuje-Ugboko had made a video asking Pamela and her co-sponsors to stop dragging Prince Ned Nwoko into their problem and face the law for their wicked and inhuman treatment to their fellow kinsmen. She asked Pamela to stop speaking ignorantly, maintaining that evidence had it that her father led the thugs to her own father’s (Odogwu) house and others where mindless violence and destructions were carried out.

She equally called out the police to ensure that the prosecution eventually yields result, insisting that it would be on that basis that the wound inflicted on the victims and their families would begin to heal.

“My father is the number three man in the community, but he was treated like a commoner. He was beaten and rendered helpless and incapacitated for believing that the right thing should be done in the community.

“It is only justice that will make us feel better. We can’t do anything on our own, we can’t take laws into our hand like them, but we have the law as the last arbiter of the common man. That is why we earnestly desire that justice is served in this matter”, she said.

Moreover, efforts were made to reach the suspect but we understand he is currently being detained. Meanwhile, every other person involved in the matter had proved difficult to reach before press time.

In a nutshell, analysts believed that hence the matter is already in court undergoing trials, the case should be allowed to run procedurally while justice is awaited for whoever deserves it between the contending parties.