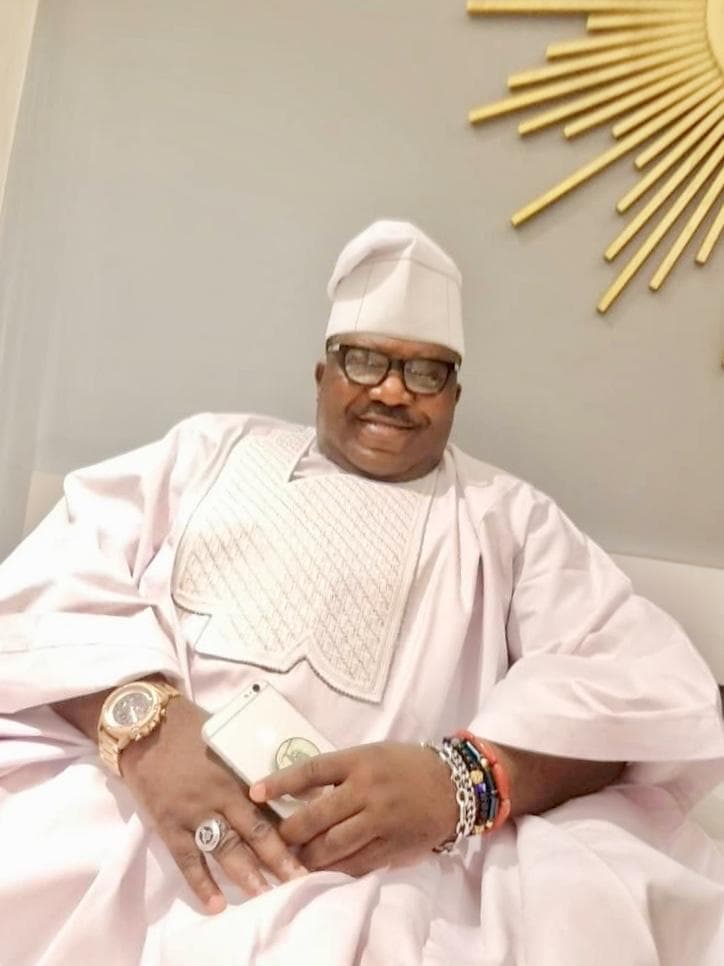 All Progressives Congress has appointed a seasoned journalist and publisher of Metronews magazine, Otunba Femi Davies, as the chairman of the Ogun State Publicity Committee for the Tinubu/Shettima Presidential Campaign Council.

In a letter signed by the national director of Media and Publicity for the APC PCC, Bayo Onanuga, it was stated that Otunba Davies’ appointment was in recognition of his efforts and ability to properly project and coordinate the publicity needs and requirements of campaign in general.

“You’re to liaise and interface with the party state publicity machinery; interprete and translate some of the campaign and media expressions into local languages and finally expected to disseminate the activities of the directorate to local governments, wards and polling units,” Onanuga wrote.

Otunba Davies, who is also the newly elected president of the Society of Digital Newspaper Owners of Nigeria, SDNON, is a multiple award winning journalist of many years.

He is a well-sort after PR consultant, publicist and brand manager with an outstanding career that has spanned over two decades. Otunba Davies has helped major Nigerian and multinational brands and organisations including politicians take charge of their narratives and sailed through the storming waters of crisis communications.

As an industry veteran, Otunba Davies has trained and groomed several proteges who have gone on to become major assets to the media industry. He is reckoned with as the crown prince of softsell with his imprint visible in the practice of several professionals who have passed through his mentorship programme or worked and served in one of his several major projects or business undertakings.

Otunba Femi Davies is a journalist per excellence, brand communicator extra-ordinaire, movie producer, artiste manager, actor, entertainer and people builder, who has made tremendous impact in the society through his work in the Nigerian media industry as a social networker.

He is a Rotarian and a director at Dux 94.7FM, a fast growing radio broadcasting outfit founded by Asiwaju Rotimi Ajanaku.

A man with several chieftaincy titles like Otunba Gbobaniyi of Arigidi-Akoko and Bobajiro of Iwoye-Ketu, FM, as he is fondly called, is also a director at Afrika Konnekt News Network presided by the American-based Ayo Sogbuyi. 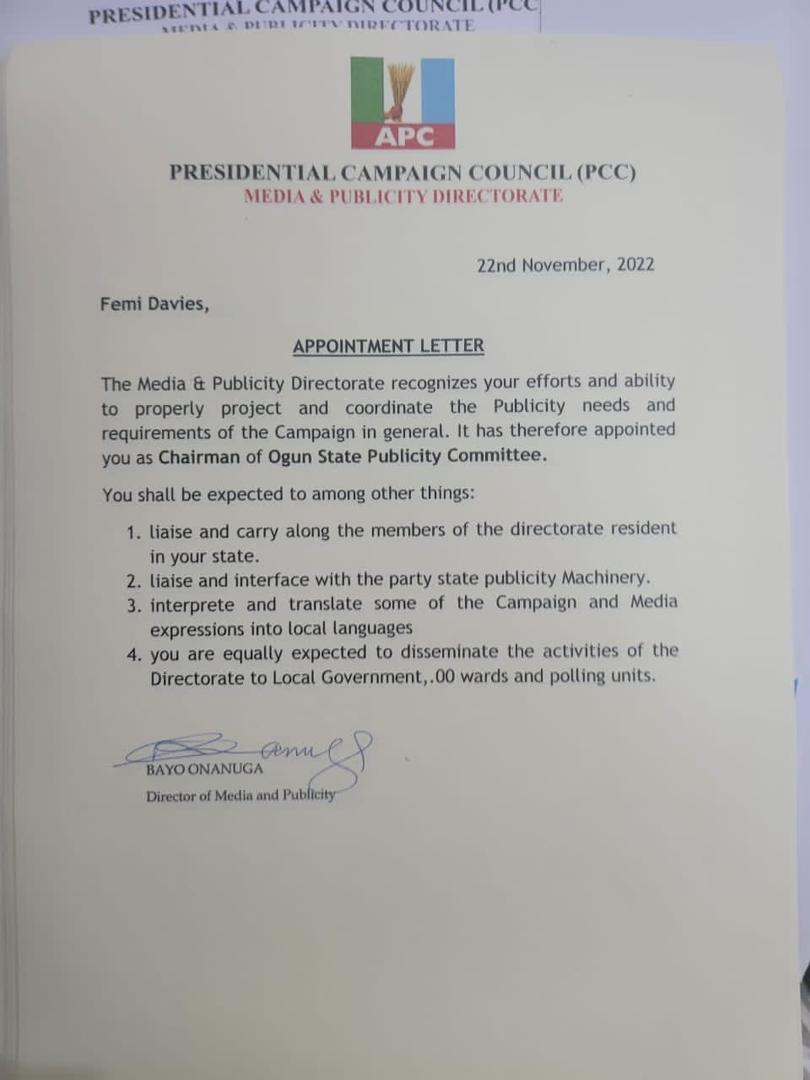 With his new appointment, he is expected to liaise and carry along the members of the directorate resident in Ogun State in ensuring a success for the ruling party’s candidate.