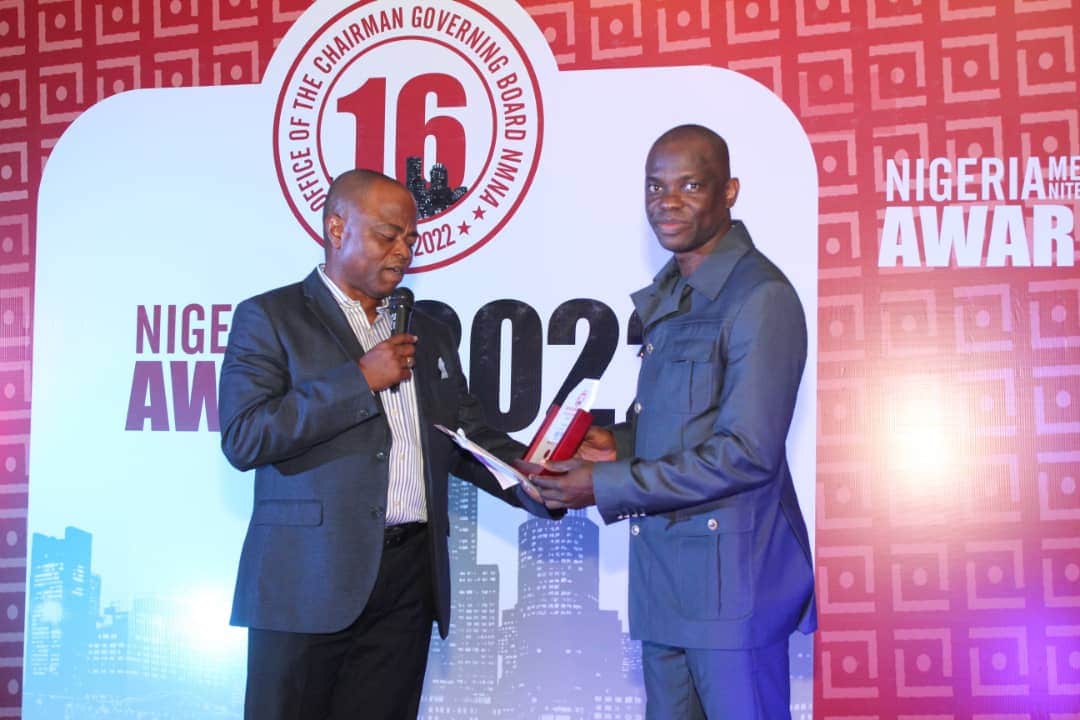 The Award was designed to recognized and appreciate the practitioner of fourth estate of the realms who are setting agenda for the public and holding public office holders accountable by asking the right questions, given true information for public to make an informed decision. The organizer, Solkem communication had received hundreds of nominations to contest for different categories among which yours truly Ben tv was nominated in the category of Best Nigerian Television in Diaspora which was eventually won by Ben tv knowing their antecedent as pioneer of good story around Africa continent for the Africans in Diaspora.
Receiving the Award from one of veterans broadcasters Yemi Sodimu at Airport hotel Lagos yesterday was honor. Representing the founder of Ben tv Alistair Soyode was Celebrity Journalist and Senior Correspondent, Adeniyi Moses ifetayo who said that Ben tv was founded to tell beautiful Nigeria and African stories in the right perspective. He said “I want to quote from famous inaugural speech of late America President, John F Kennedy who said Ask what you can do for your country, ask not what your country can do for you” Ben tv was founded to give back to Nigeria and Africa at large, to tell beautiful African stories in the right perspective”
He also used the opportunity to thank the organizer for recognizing Ben tv family and promised that the award as “Best Nigerian Television in Diaspora” will spur the brand to do more and give more family oriented Program, informative, educative and entertainment contents.

Also Bond fm won Radio station of the year while television personality of the year went to Oseni Rufai of Arise news.