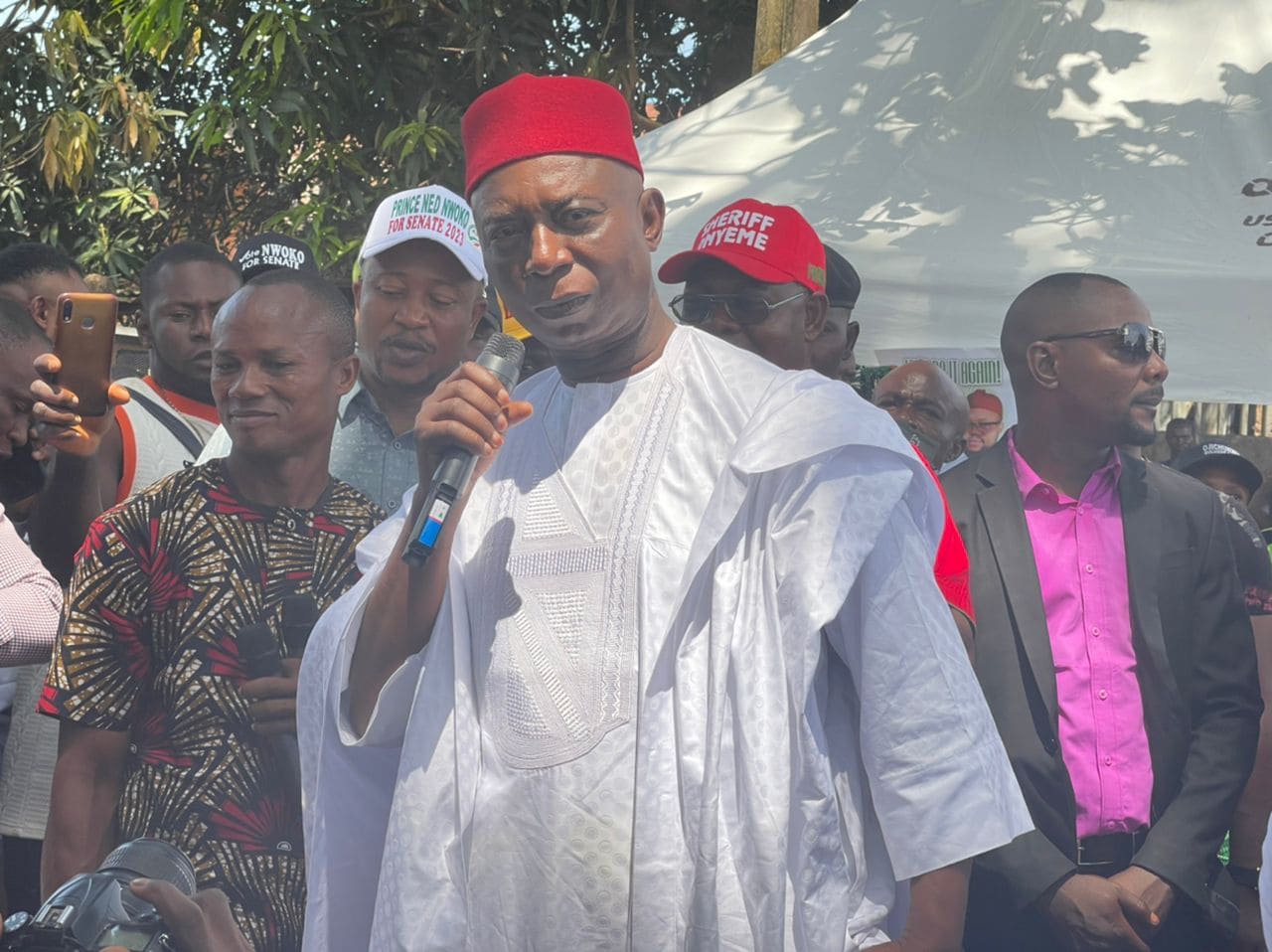 The Delta North senatorial candidate of the People’s Democratic Party ,Hon.Prince Ned Nwoko today kicked off senatorial campaigns to rally all PDP flag bearers to victory in the 2023 general elections.

Addressing a mammoth gathering at Idumuje unor ,in Aniocha North local government area, Prince Ned Nwoko urged the people of Delta North to vote for PDP for the restoration of peace and development in Nigeria.

Prince Nwoko said his Ward 8, ancestral base, comprising Idumuje -Unor ,Idumuje -Ugboko and Aniofu had consistently supported PDP since 1999 and expressed optimism the winning streak would be enacted come 2023

The Delta North Senatorial candidate particularly enjoined the electorates to vote PDP presidential flag bearer Atiku Abubakar and his running mate , Governor Ifeanyi Okowa,nothing that they have the competence and exposure to lead Nigeria .

He equally appealed to the populace to vote for the state governorship candidate Rt. Hon.Sheriff Oborevworie for better dividends of democracy.

Prince Ned Nwoko and the Delta North PDP campaign team were also at Onicha -ugbo, Obomkpa and Ezi in continuation of the ward to ward campaigns.