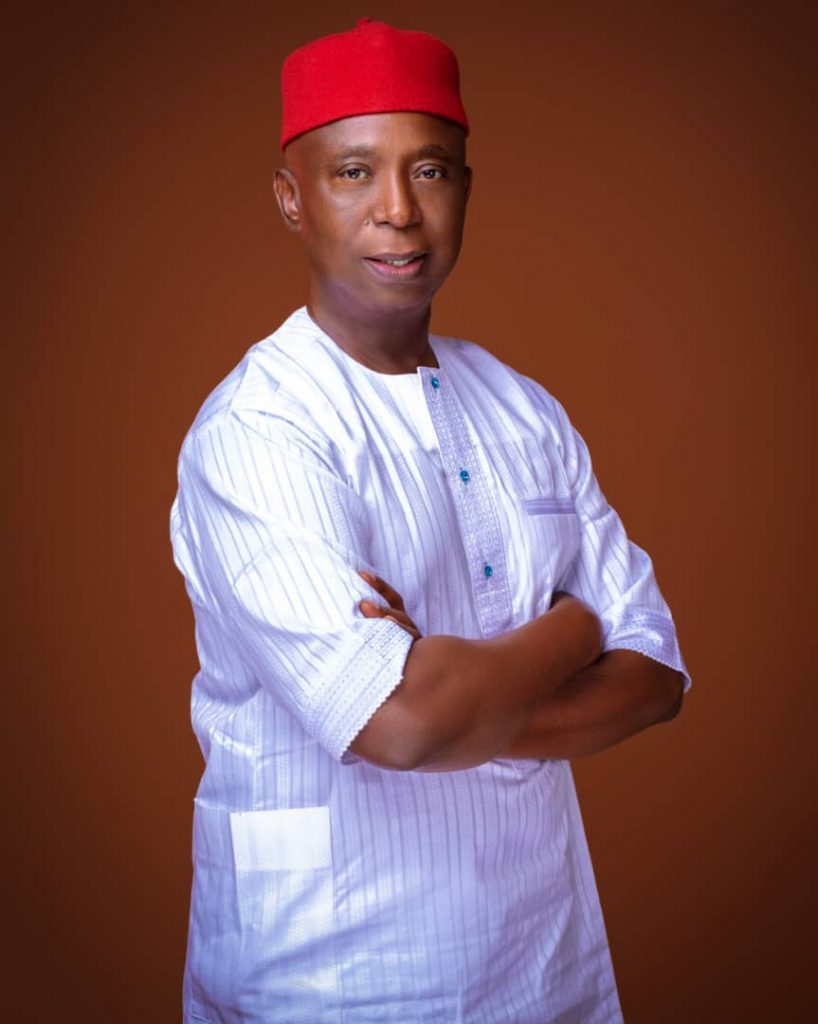 Billionaire businessman and politician, Prince Ned Nwoko has demanded public apologies and “retraction of defamatory publications” allegedly made against him by an American-based writer, Mr. Azuka Jebose in several online publications and social media.

The demand was made through a letter written by the lawyers to Prince Ned Nwoko, Ikhide Ehighelua And Co (Onoriode Chambers) with office in Funeco Links Plaza, Suite A22, Summit Road, Asaba, Delta State, Nigeria.

The letter, dated 2nd May, 2020 and addressed to Mr. Azuka Jebose, was entitled; “Re-Demand For Public Apology And Retraction of Defamatory Publications Made Against The Person And Reputation of Hon. (Prince) Ned Nwoko of Idumuje Ugboko.”

The letter was signed for the chamber by O.J Obodaya (Esq).

In the letter, which was obtained by our publication, the lawyers referred to several online publications credited to Mr. Azuka Jebose, which they said had been deliberately targeted “at our client and intended to reduce the respect and prestige, which our client, as a law-abiding citizen of the Federal Republic of Nigeria, commands.”

They gave an instance, where Jebose reported that a “92-year-old widow confronted Bullish Brutal Billionaire, our rich son of this land, Ned Nwoko has soiled and desecrated our homeland. Ned Nwoko has forcefully taken our ancestral lands from us. Ned Nwoko brought armed policemen to destroy our farmlands, barricaded us from the entrances to our farms and rooted our crops, fenced our farms from us.

“We can no longer enter our farmlands to farm because Ned Nwoko has seized them. Our rubber, cassava, Agbonor, palm tree, plantation have been destroyed by this one mam brutal billionaire. He has turned against his people and the Idumuje-Ugboko Kingdom.

“We have no lands to farm, no crops to sell to sustain our rural existence. Ned Nwoko has unleashed federal might and his influence on his people.

“He has locked up our sons, husbands and fathers in faraway Abuja. He has issued a warrant for the arrest of our king for alleged terrorism. Mr dear son, Jebose, our land is plagued by Ned Nwoko’s brutality…92 years old village widow, Mama Osodi.

“A compelling and engaging narrative, coming shortly. Stay with me.”

The solicitors stated in the letter that the above remarks and comments on the person of Ned Nwoko, which they said was out on social media and published worldwide, had elicited comments from far and wide and had reduced the estimation of Prince Ned Nwoko in the eyes of the public.

They added that subsequently on March, 24, 2020, Mr. Azuka Jebose published a write-up on social media, which he titled; “HOW HON. NED NWOKO BECAME A BULLISH AND BRUTAL BILLIONAIRE TO HIS PEASANT PEOPLE.”

“In which publication you further defamed the character and image of our client on the internet, which has been published and read worldwide by different people, who have now come to see our client as a debased fellow,” they said in the letter.

It was added that on the 25th of March, 2020, Jebose published another article titled; “I WILL TELL THEIR STORIES,” “in which you tarnished the image of our client seriously,” they said.

Again, the lawyers stated that on 31st March, 2020, Jebose published another piece titled; “IT’S GETTING DEEPER AND DEEPEST.”

According to the lawyers, on 1st April, 2020, Jebose published another piece titled; “NED NWOKO, HOW DO YOU SLEEP AT NIGHT?”

They said further that on 4th April, 2020, Jebose published that “Ned Nwoko is using Nigeria’s judiciary, the human rights commission, the Delta State Police to commit atrocities against our people. And you want me to keep quiet because he is a rich man, you want me to keep quiet so that he would get away with injustice and possible crimes against the innocent. All of una nor go die better. Una nor go make heaven!!!”

It was further stated that on 6th April, 2020, Jebose published a piece titled; “NED NWOKO, BE CAREFUL OF YOUR FIELD NEGROES.”

Jebose was said to have published another article on the same day titled; “ONICHA UGBO MURDER IN MY HOMELAND, WIDOW BREAKS HER SILENCE.”

He was quoted to have written that “The Obi of Onicha Ugbo say make we nor talk the matter again. Na Ned Nwoko hand kill my husband.”

Jebose was said to have written another article on 8th April, 2020 with the title; “MURDER SILENCE AND ROYAL MESS: IS OBI OF ONICHA UGBO, HRH VICTOR CHUKWUMALIEZIE COVERING UP FOR BILLIONAIRE NED NWOKO?”

On 9th April, 2020, the lawyers said Jebose published another article with the heading; “FREE THESE YOUNG MEN, NED NWOKO (JUSTICE TOO LONG DENIED).

On 11th April, 2020, Jebose was said to have published an article titled; “IS NED NWOKO A THREAT TO NATIONAL SECURITY?”

Another article entitled; “NA REGINA DANIEL’S HUSBAND RESPONSIBLE FOR MY HUSBAND’S DEATH,” was said to have been published by Jebose on 15th April, 2020.

“Again, you published another piece titled; “NED NWOKO, WETIN DO THEM,” in which you openly alleged that our client is a killer,” they said in the letter.

The lawyers then concluded that by the publication, Mr. Azuka Jebose has closely represented to the whole world that Prince Ned Nwoko is a killer, a terrorist, uses money to bribe officials of the state and that he is not a lawyer, but an impostor.

They stated that all “these imputations are in no doubt defamatory against any standards worldwide.”

The lawyers demanded that Mr. Azuka Jebose should “immediately tender unreserved apologies to him (Prince Ned Nwoko) in writing in respect of all the false and defamatory publications, which you have made about him.

“You immediately write a retraction of all publications, which you have made against our client including, but not limited to the ones specifically listed above.

“Take notice that if these simple steps are not complied with within two (2) weeks or fourteen days from the date of the receipt of this letter, we shall without further recourse to you initiate a suit against you. Please, be guided accordingly.”