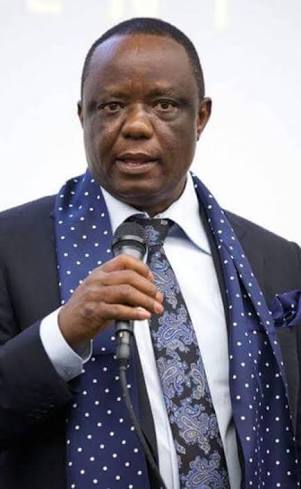 My attention has, once again, been drawn to the attempt by some unscrupulous person(s ) to drag my name into the murky politics of the forthcoming Edo governorship polls, scheduled for later this year.

It is,  from all intents and purposes, infantile, silly and odious. It is the height of mischief and evil to drag a man who has been quietly minding his business into the political arena, which he has  chosen to distance himself from.

One of such malicious write ups sprang up in the aftermath of the alleged botched shadow primaries  to  pick a consensus candidate among APC aspirants, seeking to challenge the incumbent Governor, His Excellency, Mr Godwin Obaseki.

In the said piece, “The True Reason the APC Congress was cancelled”, by one Sebastian Okungbowa, it maliciously claimed that I was the ‘unseen hand’ behind the fiasco, because I plotted to manipulate the process for a favoured aspirant (Pastor Osagie Ize-Iyamu).

The hack writer also posited that not only have I pledged to ‘bankroll’ Ize-Iyamu’s election if he got the ticket, I had also led him to the APC National Leader, Asiwaju Bola Tinubu’s residence for his endorsement.

My immediate response? Fake news! Fake news!! Fake news!!! , and could only have  emanated from a warped mind bent on sowing the seeds of discord, evil and anarchy. Nothing in what the man and other hack writers have written could be farther from the reality.

The truth of the matter, as I have restated several times, is that I AM NEITHER INVOLVED NOR A PARTICIPANT, in the processes of the primaries or picking aspirants in the Edo governorship 2020 elections. I do not have anointed aspirant or aspirants. I have not pledged or promised to bankroll any aspirant. I do not have free or idle funds to bankroll any aspirant(s). I am a businessman minding his business!

For the purpose of clarity and setting the records straight, and to respond to the spurious charges of the malicious write up under reference, I wish to state as follows:

So, it is absolutely nonsensical to say that I attempted to manipulate the shadow primaries for a preferred candidate. It is mischief taken too far!

The other malicious point raised in the jaundiced write up is that I led Pastor Ize-Iyamu to Asiwaju Tinubu’s residence. How low and evil can some people descend in the manufacturing of deliberate falsehoods? The truth is, no such thing happened! The last time I saw Asiwaju Tinubu was at the birthday party of Chief Edebiri, the Esogban of Benin kingdom, in Benin City. So, when did this phantom visit take place?

I  wish to state emphatically that I am not a coward; I have never been. I do not hide behind a finger when I speak or take a position on any issue.

As a bonafide citizen of Edo State and Nigeria, it is my inalienable right to join a party of my choice and support aspirants or candidates of my choice. However, in the Edo governorship race, I have chosen to stand aside from the fray for personal and private reasons. I do not want to get involved; I am not involved.

From 1999 to 2015, when I got involved in the political process, I have learnt my lessons; sometimes hard lessons.

I wish to urge merchants of mischief, fake news purveyors, character assassins and smear campaigners to please leave me out of their machinations in their dirty politicking.

In this era of rampaging coronavirus pandemic, I want to be left alone to face my family and  business concerns. The COVID-19 issue has placed enormous burden on many businesses globally, especially the oil and gas industry which is my forte, which I am presently engaged in seeking how to navigate the troubled waters. Political distraction is a luxury which I can’t afford at this critical time.

A final word for mischief makers whose pastime is rumour mongering and spreading falsehoods: Get busy!