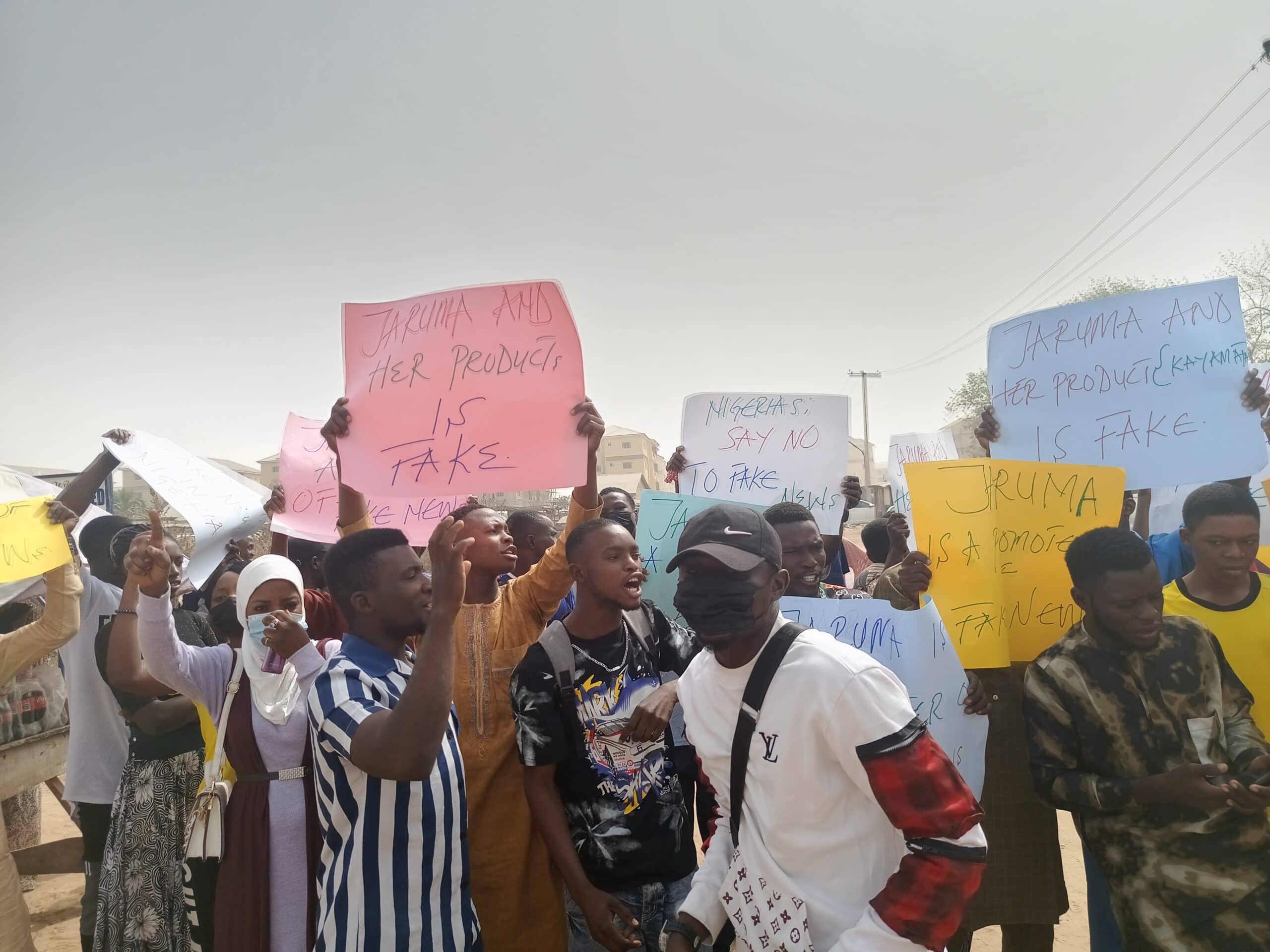 Controversial kayamatta dealer, Jaruma was on Friday granted bail by an Area Court in Zuba, Federal Capital Territory after four days in the custody of Nigeria Correctional Service.

She was earlier arrested and arraigned for offences bordering on drug dealing and defamation of the character of former House of Representatives member and philanthropist, Hon. Ned Nwoko.

The court had granted her bail under certain conditions while she prepares her defence.

This comes as youths stage a peaceful protest against fake news in the country, a practice they say has lead to the death of many. 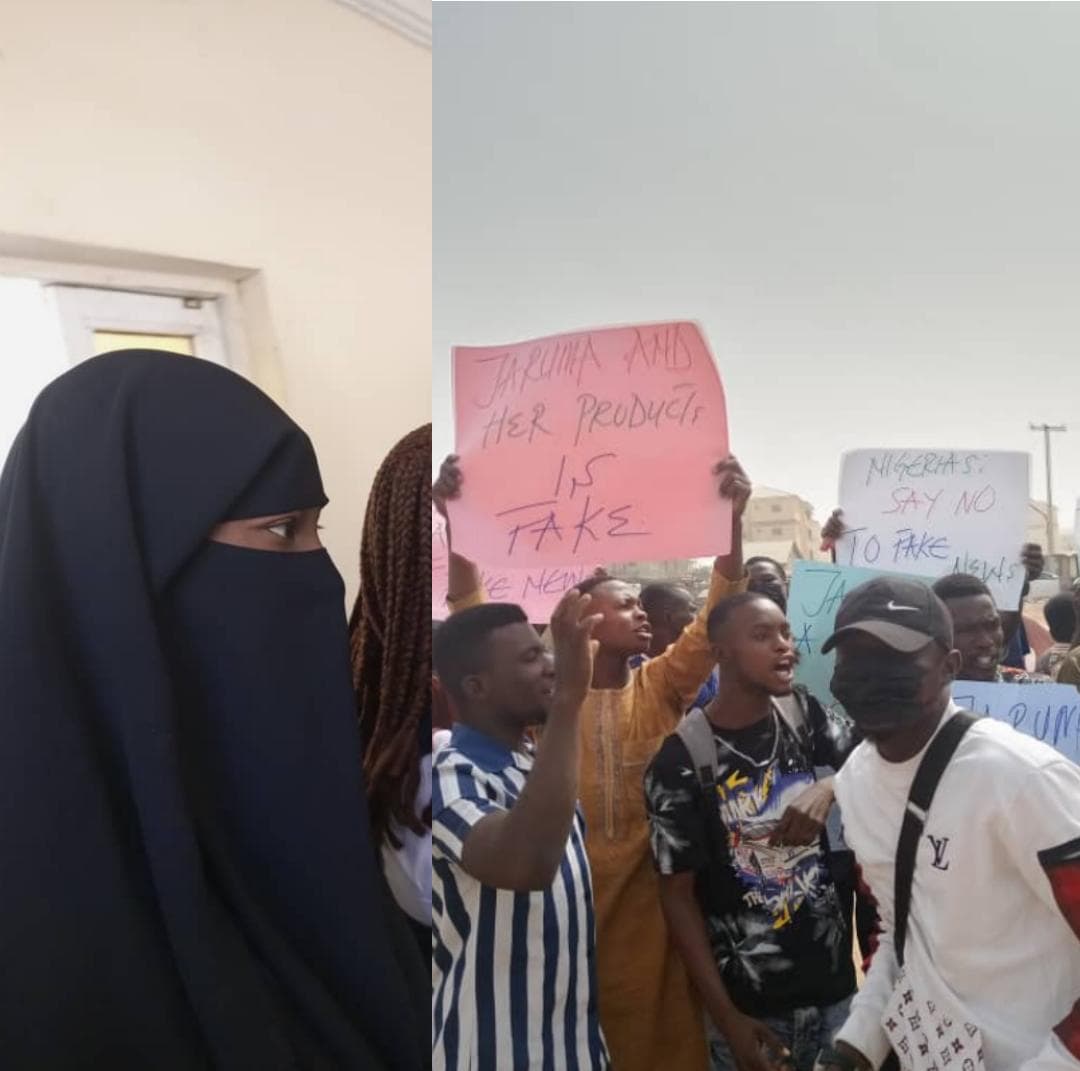 The youths accused Jaruma of being a promoter of fake news, urging the court to use her as a scapegoat for others intending to engage in the nefarious act to learn their lessons.

They expressed concern that if fake news is not frontally dealt with, it will do the nation a lot of harm.

They say a greater Nigeria can only be achieved in an environment where people will be safe from unwarranted hate and attacks on the social media space.

With their placards bearing inscriptions like ‘Jaruma is a promoter of fake news’ ‘Jaruma and her product is fake’, ‘Nigerians say no to fake news’ and others the protesters insist that only justice for victims of fake news will deter the act.

They want the court to mete out to her adequate sanction for her act of peddling fake news.