Jaruma, Nwoko And The Price of Wealth

Jaruma, Nwoko And The Price of Wealth 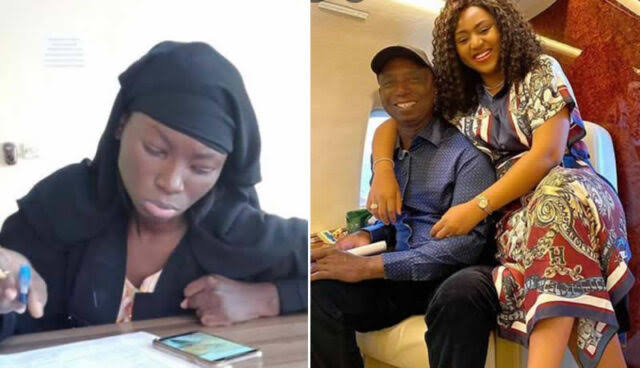 For the past three days the Nigerian media and indeed lawyers have been throwing themselves over the sensational news of the arrest, remand and eventual bail of self-acclaimed sex therapist , Hauwa Saidu Mohammed alias Jaruma.

Jaruma who was arrested and charged to court over libel and defamation charges on the 21st January, 2022 had been remanded in prison custody and had to spend 3 days pending hearing of the matter which lawyers and media sensationalists have feasted upon trying to throw shade on the matter and the delivery of justice.

Analysts have accused the Niger Delta billionaire, Prince Ned Nwoko of controlling and manipulating the police and judiciary in order to harass an “innocent” Nigerian however like all sensational stories, many who have taken sides with Jaruma who is the master of social media manipulation have not also viewed the legality of the actions of the law enforcement agency and the court away from the billions Ned Nwoko and his wife control not forgetting that Hauwa herself has also reached the millionaire status.

It will be wise to first and foremost try not to join the sensational bandwagon when trying to view this ongoing argument! There are facts and questions to be addressed in order to get to the root of this argument for and against.

For the police to arrest a person there must be an established case of crime, so was there a case established against Hauwa Saidu Mohammed prior to her arrest by the police? It is established that neither the police nor the law court acted in a vacuum. The sex therapist had been summoned over a criminal matter of defamation and libel as reported by the Nwokos over serial social media harassment by the said Jaruma.

The law explicitly states that the publication of words that can cause hatred, contempt, ridicule or damage to the reputation or profession of a person to the hearing of such persons or a third party without justification can be considered a criminal offense. Can Jaruma’s continued harassment of Ned and his family amount to the above justification as a criminal offense?

It is instructive to remind us that the law is no respecter of persons and personality as such offenders are not judged by wealth or class.

While granting Hauwa bail the judge made it explicit that her remand into prison custody was not punitive but to ensure her presence for the hearing. We are aware that libel and defamation are bailable offense be it Civil or criminally prosecuted. However the court is popularly quoted as saying it cannot grant what you did not ask for, “the court is not Father Christmas “. Jaruma or his legal representation must have failed to give proper reason why she was worthy of bail on the first day.

Reasoning from the judge’s closing remarks which was as follows and clearly put:

“Court did not remand her in custody as punitive means to penalize the defendant but to make her present and answer her case”. Is it not suggestive enough that the court had doubts as to the appearance of Jaruma in court and obviously her legal representation didn’t object?

Away from the sensationalism it is also pertinent for pundits to look at the meat and matter of the substantive case before them and the court.

It is thus only reasonable to ask where the court and police err in this matter which has already being established as a criminal offense?

Defamation is also agreed to be criminal for which an offender can be charged, prosecuted, convicted and sentenced if it assumes a tendency to arouse angry passion, provoke revenge … this statement of fact and law is not to be ignored when considering the veracity or not of the case against Madam Jaruma.

We have all witnessed what the popular crime of passion is. Is this not justification enough for Ned and his wife to seek protection of the law when another woman is involved and might be instigated by the Jaruma’s claim that she was pushed out of her matrimony because of the use of her products?

The law is a matter of precedence and if our law courts and legal system allows sensationalism and blackmail to deny a law abiding citizen of the state whose philanthropy and wealth has become his only crime then we shall soon pack up from the courts and judgements delivered on social media and pages of newspaper.

Ned Nwoko and his wife’s only crime in this matter is obviously his wealth and his love for rule of law.

Let the Nigerian populace look beyond the status of the people involved and look at it from the prism of the law and damage done to a family and person whose name has been dragged into disrepute and may loose his livelihood and even life in the course of trying to do what’s right.