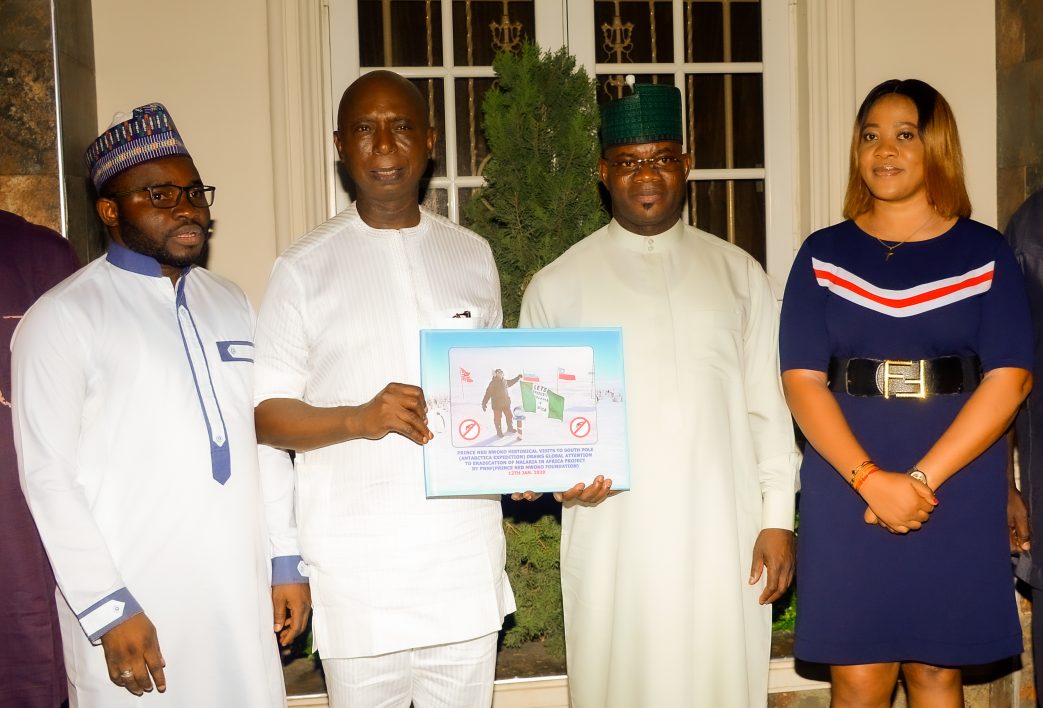 The meeting was to bring the Executive Governor up to speed on the Anti-Malaria Campaign been undertaken by the foundation and to canvass for his support at state level. Prince Ned Nwoko stressed the need for states to key into the programme adding that vaccine development, Waste Management and fumigation are the strategies embark upon to eradicate malaria in Africa starting with Nigeria.

The Initiator, Eradication of malaria in Africa, Prince Ned also opined that all states in Nigeria should imbibe an attitude for cleanliness through regular sanitation and as well as estbalishing at least one Recycling plant in each local government area.

Gov Bello on the other hand expressed satisfaction with the level of awareness and promised to contribute his own quota to the project at the state level as well as ensure its sustainability by encouraging law makers to pass a bill to create an agency that will be primarily focused on Ned Nwoko strategies.